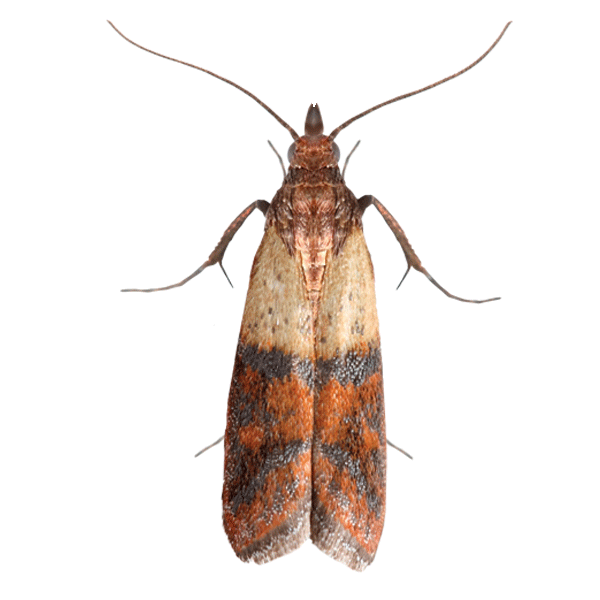 The Indianmeal moth or Indian-meal moth (Plodia interpunctella) also spelled as Indian meal moth, is a pyraloid moth of the family Pyralidae. Alternative common names are weevil moth, pantry moth, flour moth or grain moth. The almond moth (Cadra cautella) and the raisin moth (Cadra figulilella) are commonly confused with the Indian-meal moth due to similar food sources and appearance. The species was named after being noted for feeding on Indian-meal or cornmeal and it does not occur natively in India as the usage Indian mealmoth would suggest. It is also not to be confused with the Mediterranean flour moth (Ephestia kuehniella), another common pest of stored grains.

P. interpunctella larvae (caterpillars) are commonly known as waxworms. It is important to note that they are not the same species as the waxworms often bred as animal feed. Rather, they are a common grain-feeding pest found around the world, consuming cereals and similar products. Substantial efforts have been taken in the United States to control the moth’s damage to grain crops.[1]

The larvae of this species have the ability to bite through plastic and cardboard; thus, even sealed containers may be infested.[2] Once found, the moths are difficult to eradicate. The last instar larvae is also able to travel long distances before pupating; thus, a given infestation site may be located a great distance from the nearest pupation site.[3]