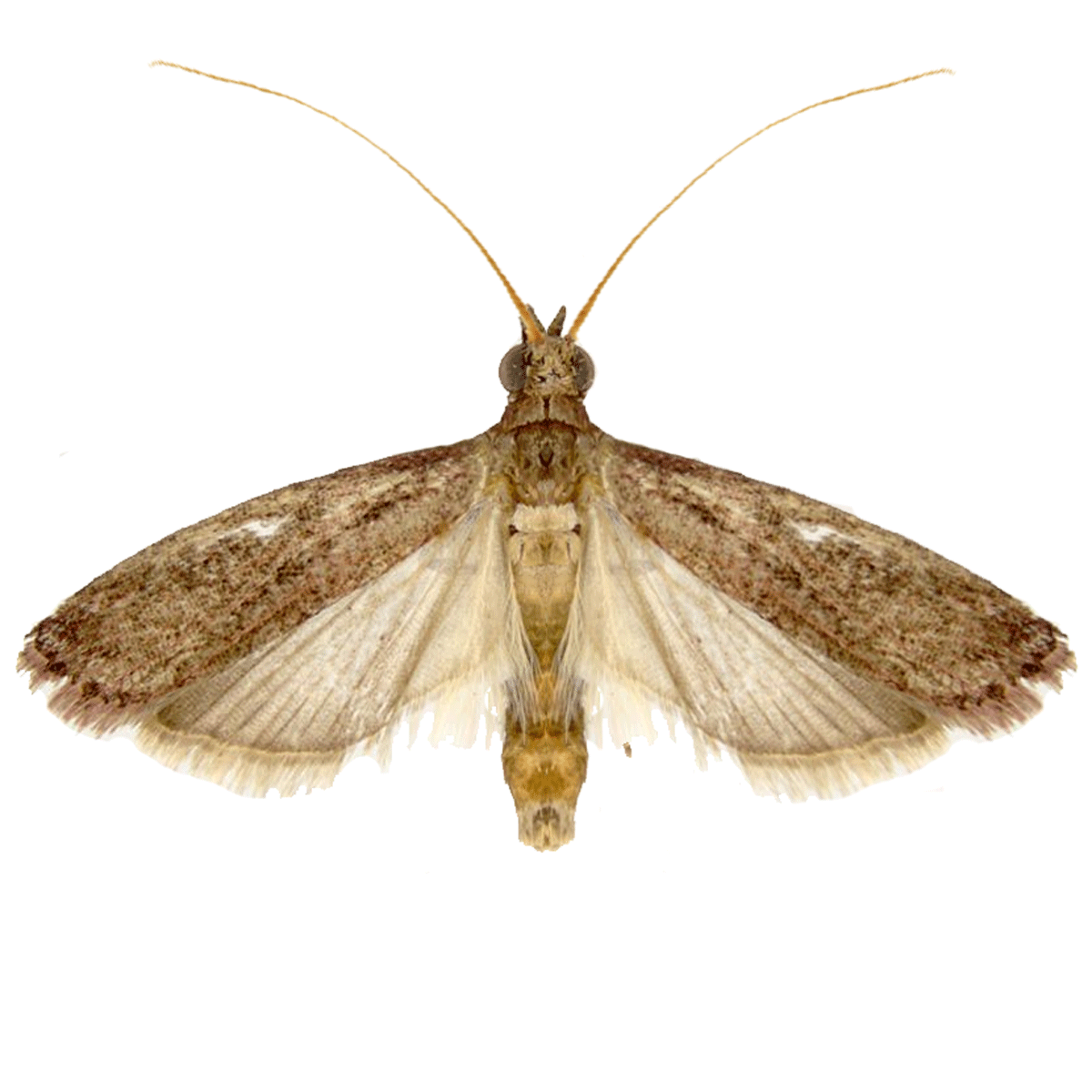 Cadra figulilella, the raisin moth, is a moth of the family Pyralidae. The raisin moth is known most commonly as a pest that feeds on dried fruits, such as the raisin and date. It covers a range that includes much of the world, primarily situating itself in areas of California, Florida, the Eastern Mediterranean region, and some parts of Africa, Australia, and South America.[1][2] The moth prefers to live in a hot, arid climate with little moisture and plentiful harvest for its larvae to feed on.[3] Study of this species is important due to the vast amount of economic damage it causes yearly and worldwide to agriculture crops.

Adult raisin moths have a life span of 11–16 days and devote most of their resources to reproduction. Eggs are laid on or near the fruit and larvae immediately begin boring and infesting the fruit. Fumigation after harvest does not save infested fruits, as the pest has already dug into the fruit and spoiled it.[2][3]

The mating process consists of pheromone release by both the male and female moths as well as many other copulatory rituals that function to prevent interspecies mating. Copulation consists of specific head bump technique paired with thrusting behavior. There is also a specific method of curling the abdomen that distinguishes this moth from the moths of other species.[1][2][4][5]

This moth also displays migration behavior as well as nocturnal activity. During the start of cold winter months, the larvae of the raisin moth will move from the fruit in which they are enveloped to the top 4 inches of topsoil.[3] It tends to be most active after 7pm, or around sundown, and then ceases activity by 5am, or before sunrise.[6]